The Adventures of Tom Bombadil and other verses from The Red Book by J. R. R. Tolkien The Lagoon & Other Stories by Janet Frame The Adaptable Man by Janet Frame A Retelling of The Canterbury Tales by Geoffrey Chaucer

Famous for its ingenuity and wit, "The Canterbury Tales" is a major part of England's literary heritage. From the exuberant Wife of Bath's Arthurian legend to the Miller's worldly, ribald farce, these tales can be taken as a mirror of fourteenth century London and medieval society. Incorporating every s tyle of Medieval narrative - bawdy anecdote, allegorical fable and courtly romance - the tales encompass the blend of universal human themes and individual personal detail that have fascinated readers for over 600 years. Here they are retold in full by Peter Ackroyd. The edition also includes an introduction by Ackroyd, detailing some of the historical background to Chaucer and the Tales, and details why he has been inspired to translate them for a new generation of readers. ...Show more The Golden Age of DC Comics by Paul Levitz

In June of 1938, Action Comics debuted with a new kind of comic-book character on its cover: a costumed man with two identities, who possessed extraordinary strength and powers--a man able to protect the public when ordinary measures would not do. He was not the first super hero, but the Man of Steel wo uld become the prototype for all super heroes thereafter.Superman's story, and those of Batman, Wonder Woman, and hundreds of other DC Comics characters, are all told in The Golden Age of DC Comics. Expanded from the Eisner Award-winning XL book, 75 Years of DC Comics, this edition offers readers the ultimate insight on DC's first decades, from its pulp origins up to the comic-book burnings of the McCarthy '50s.More than 600 pages of covers and interiors, original illustrations, photographs, film stills, and ephemera bring the story lines, the characters, and their creators to vibrant life. Also included is an exclusive interview with legendary artist Joe Kubert.Copyright (c) 2019 DC Comics. All related characters and elements (c) & TM DC Comics. (s19) ...Show more Jacob's Room, Virginia Woolf's third novel, is short compared with its predecessor Night and Day. She said herself that she learnt what to leave out by putting it all in. Jacob's Room may be read as the simple story of a young man's life from childhood until his death in the First World War, but it is m uch more than that: it subtly indicts a society that instils obedience and celebrates militarism. Consequently, Jacob's death seems random yet inevitable. Extensive explanatory notes clarify the myriad passing allusions, which should lead to a reassessment of Jacob's Room as one of the great modernist masterpieces, taking its place with Ulysses and The Waste Land in the iconic year of 1922. The substantial introduction includes a detailed account of the novel's composition, publication, and early critical reception, together with chronologies of composition and of Woolf's life. ...Show more 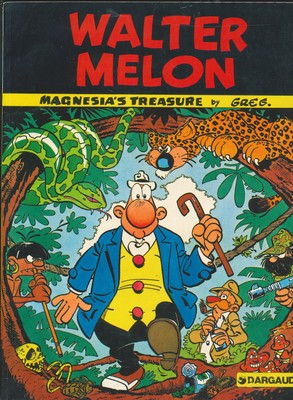 One of Us by Barry Crump When Social Welfare threatens to put Ricky into care, the overweight Maori boy and cantankerous Uncle Hec flee into the remote and rugged Ureweras. The impassable bush serves up perilous adventures, forcing the pair of misfits to use all their skills to survive hunger, wild pigs, and the vagaries of the weather. Worse still are the authorities, determined to bring Ricky and Uncle Hec to justice. But despite the difficulties of life on the run, a bond of trust and love blossoms between the world-weary man and his withdrawn sidekick. ...Show more Gold and Greenstone by Barry Crump